Where can I snorkel with Regular Sharks?

Feeling like a bit of a daredevil? What better way to release some adrenaline than hitting the ocean to snorkel with some sharks. We’re not talking about cage dives here (okay, in some cases we are… but only exceptional cases). This is a list of where you can snorkel with different species of sharks out in the open ocean, all around the world.

This is peak snorkelling for the die-hard adventurers who want to get up close and personal with some of the ocean’s most dangerous predators. Okay let’s be honest, most of the sharks you’ll encounter on this list are peaceful and gentle creatures. This isn’t a list of where to swim with great whites, we don’t want to kill you.

Snorkelling with sharks in Africa

You can find shark dive tours that take you to a number of dive spots where you can snorkel with ragged-tooth sharks, giant guitar sharks, and reef sharks. There are plenty of cage dives around, but operators will often allow you to snorkel (if conditions allow). You can also find tours leaving from Umhlanga.

You’ll have to go with a dive tour to snorkel with sharks here, and keep in mind they won’t all be in season at the same time. You can see tiger sharks between March – May; sand tigers, grey nurse sharks, ragged-tooth sharks from June-September; and scalloped hammerheads from September-December. If you go in the second half of the year you might have a chance to snorkel with humpback whales too!

This area, nicknamed ‘Shark Alley’, is a fantastic spot to swim with great white sharks in Cape Town. The waters around the island have a huge population of great whites that are attracted to the 60,000 strong Cape Fur seal colony on Geyser Rock. You’ll have to go with a dive tour leaving from Gansbaai but most of them will supply snorkel equipment, giving you the chance to get up close and personal with great whites. Sharks are here all year round, but the best time to see them in larger numbers is between May and August.

Snorkeling with sharks in the Bahamas This island is home to a large population of hammerhead sharks, tiger sharks, lemon sharks, nurse sharks, black tip reef sharks, and more. It’s the best place in the Bahamas to snorkel with sharks, and you’ll easily find them swimming the waters of this shallow reef (about 3.5 metres). Come between November and May for your best chance to snorkel with hammerheads and bull sharks, and you’ll find lots of tour operators to take you there and supply equipment.

The waters around the Bahamas are home to 40 different species of sharks, but you’ll have to dive to see most of them. Nassau is one of the few spots where you can snorkel with sharks in the Bahamas, and is still home to different species of black tip reef sharks, tiger sharks, and even nurse sharks. You’ll find special shark tour operators that’ll take you straight to the hot spots where you can snorkel with these beauties.

Snorkeling with sharks in Central America

This area is known as Shark Ray Alley, and it’s absolutely crawling with a huge population of nurse sharks and stingrays. The nurse sharks here massive and you’ll be snorkeling amongst the ocean’s true giants here, with nurse sharks up to 3 metres long. This tropical rainforest island is surrounded by deep waters popular with hammerhead sharks, rays, and dolphins. You can only reach this island with a liveaboard tour, and if you want to snorkel with hammerhead sharks here then you’ll want to come between June and August for prime viewing time.

The waters off this wild and uninhabited national park offer some of Costa Rica’s most beautiful snorkeling opportunities. Just a 45-minute boat ride away from the coast of Drake Bay you’ll have the chance to snorkel with white-tip reef sharks, Pan Tropical dolphins, and sea turtles.

Not as popular with the sharks as other islands in Costa Rica, this archipelago still offers some of Costa Rica’s best scuba diving. It’s not uncommon to spot nurse sharks while snorkeling these waters, so come and explore and try your luck!

Snorkeling with sharks in Fiji

This island is part of the Yasawas, home to huge volcanoes, Phantom Rock caves, and tonnes of white and black tip reef sharks that can grow up to 1.5 metres long. Because fishing is banned here, the marine life is unspoiled and makes for some amazing snorkeling opportunities.

Snorkeling with sharks in French Polynesia This is one of the only places where you can snorkel amongst huge populations of reef sharks in some seriously shallow, crystal clear water – about 1.3 metres deep. This island is a 25-minute boat ride from Tahiti and home to a beautiful reef populated with blacktip and grey reef sharks as well as the occasional lemon shark and whitetip shark. There are just as many stingrays here as there are sharks, making for a truly eerie snorkel experience!

Snorkeling with sharks in Indonesia

This is one of the world’s best snorkel sites and it’s just as popular with sharks as it is with snorkelers and divers. They’ve even got their own species of shark – the walking shark! Spot this bad boy amongst sharks like nurse sharks, reef sharks, wobbegongs, and whale sharks.

The best spots to snorkel with sharks in Raja Ampat are at Biodiversity House Reef, where you can spot the walking sharks at night and reef sharks during the day, Frewin Garden which is another snorkel site that’s popular with reef sharks, and Sardines Reef.

Snorkeling with sharks in Mexico

This island has a huge population of great white sharks, and lots of liveaboard tours and cage diving excursions to take you up close and personal. Hundreds of great whites congregate in the waters around Guadalupe between July and November, and you don’t have to be a diver to enjoy snorkeling with them.

Snorkeling with sharks in the USA

Believe it or not, the islands off the coast of California have a huge diversity of marine life, and that includes sharks. While you’re not guaranteed a shark spotting here as you are in some other places around the world, it’s not uncommon to bump into blue sharks, pacific angel sharks, and horn sharks while snorkeling the waters of this island. You can guarantee that you’ll be snorkeling with sharks in this spot, if you’re here at the right time! There are over a hundred local leopard sharks populating the warm shallow waters of La Jolla Cove, and you can spot them year round. But if you come between June and October you can catch thousands of leopard sharks who congregate here to mate and hatch their young. The best place to find them is swimming amongst the sand and kelp forests just off the shores of La Jolla.

Hawaii is home to more than 40 species of sharks, and Oahu is one of the best spots to snorkel with them. You’ll find lots of cage and non-cage snorkel and freediving tours that let you swim up close and personal with deep-water pygmies, reef sharks, sandbar sharks, hammerheads, and some even have guaranteed shark sightings.

This is a well-known hotspot for seeing sharks, with just as many shipwrecks to explore as sharks. Also known as the ‘Graveyard of the Atlantic’, this popular dive site is crawling with sand tiger sharks who come to the area to feed on the schools of fish. They’re here all the time but for your best chance to snorkel with the tiger sharks you’ll want to come during the summer. 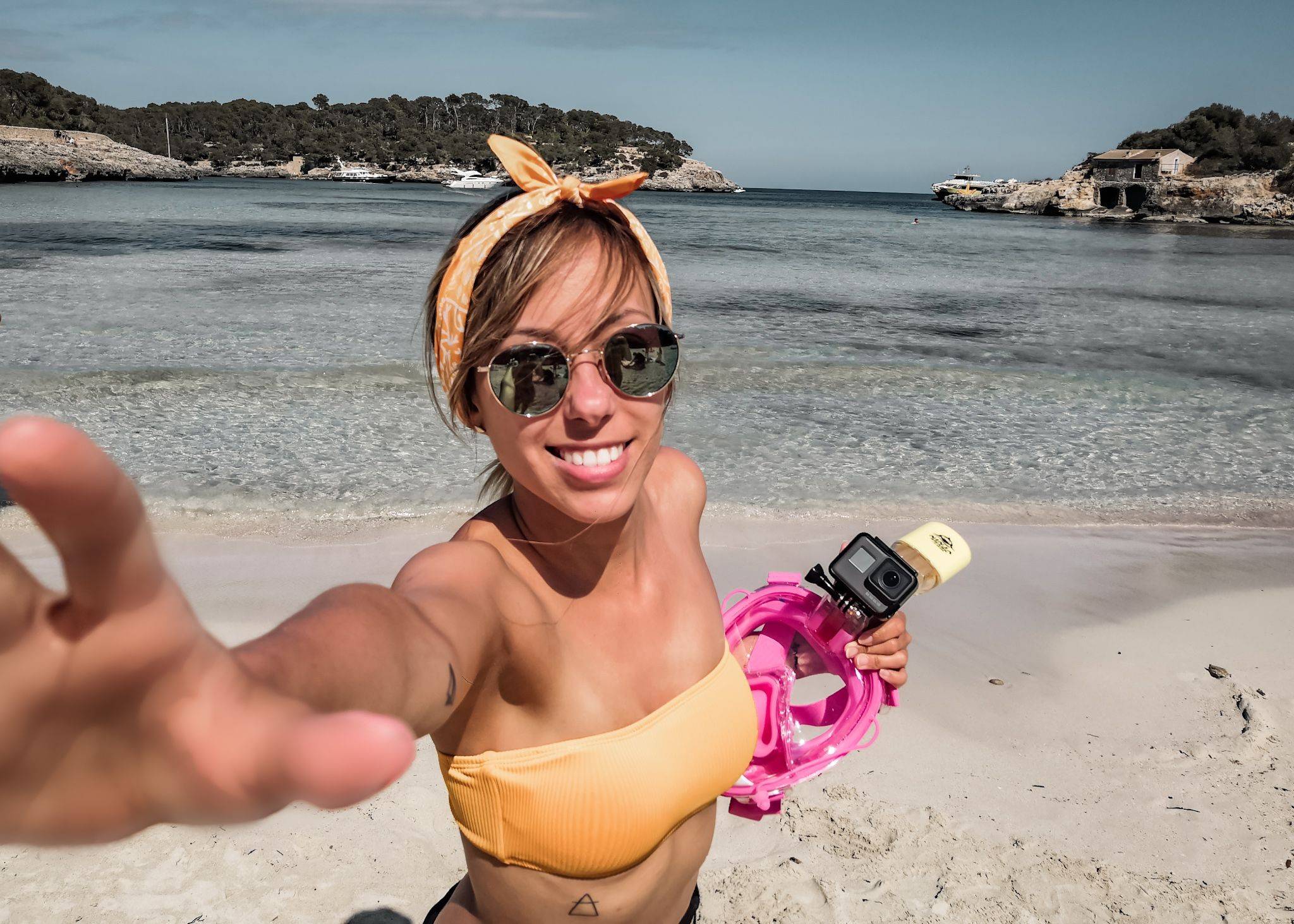