You're invited to join the Ninja Shark Club! 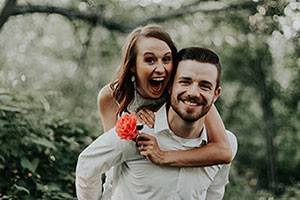 The birth of Ninja Shark

Ninja Shark started out more as a passion than a business.

Since Andrew and Alizee loved to go underwater so much, they tried to take their friends with them. We’ve all been in that situation where we try to share an incredible experience with loved ones, and that’s where Andrew and Alizee were at. But every so often, they’d come across someone who just couldn’t manage to breathe through a tube with their nose blocked (i.e, snorkelling). It’s a wide held belief amongst the general public that snorkelling can be a little difficult.

You might be reading this as a snorkeller and scoffing, but it’s all true! Many studies have been conducted on the beaches of Europe, China, and Brazil, and the results all share the same sentiment: snorkelling is often considered difficult by the general public.

So, that was what started Andrew and Alizee off on their journey, where they eventually found the concept of a full face mask. Although the idea was already on the market, it was in its early beginnings, and they had to be sure it was something worth recommending to their friends.

Over the next 12 months, Andrew and Alizee worked tirelessly writing down, testing, adapting, studying, and testing again, to come up with the most advanced full face mask on the market.

We invite you to join us in this adventure.